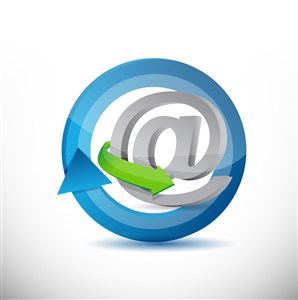 In an effort to improve consistency and reliability, all active and retired clergy in the Kentucky Annual Conference soon will have a dedicated address where they will receive all conference-related emails.

The initiative, which has been discussed for years, finally began coming together early in 2022, coordinated by Conference Communications. The staggered rollout will begin the week of Dec. 19 with a test group consisting of the Bishop’s Full Cabinet and clergy residents-in-ministry – about 30 people.

“This has been an interest and a desire of Bishop (Leonard) Fairley’s since he came to Kentucky in 2016,” said Rev. Kevin Burney, assistant to the bishop and director of Ministerial Services.
“I think it will greatly improve communication,” Burney said.

Cathy Bruce, associate director of Connectional Ministries for communications, also noted that Fairley has been wanting to implement a system – and said the project has been discussed for about 15 years. For various reasons, it’s just now coming to fruition, Bruce said.

In most cases, the standardized emails will use the recipient’s first initial and full last name, followed by @kyumc.net. Occasional deviations will be needed for people with the same last name and first initial, she said.

Bruce said that assuming there are no glitches, the plan is for two districts to be activated every week. She stressed that the timetable can be adjusted if necessary. Owensboro and South East Kentucky are the first two districts that will be added after the first of the year, Bruce said.
Barring setbacks, all nine districts will be on the new system by mid February – before online registration begins for 2023 Annual Conference.

Extension ministers will receive their new address when their assigned district does, unless they are not tied to a district – but everyone will have a new address by mid-February, Bruce said.

For a short time, clergy will receive Conference-generated emails at both their current preferred address and their new .net address. But after Feb. 28, only the @kyumc.net email suffix will be used by the conference, Bruce said.

“We don’t want anything to fall through the cracks for anyone,” Bruce said.

The importance of clergy having a uniform email address is that it will follow people from the time they become clergy and even into retirement, assuming they remain in the Kentucky Conference. It will be theirs alone, making it a better way for the bishop, conference, laity, and other clergy to communicate, Bruce said.

Clergy members will receive an email when it’s their district’s turn with step-by-step instructions on how to access the new account, including a phone number to call for technical assistance. The information also will be posted on the conference’s website, www.kyumc.org.

In addition to Bruce, Communications Assistant Connie Offutt was heavily involved in the email project. Rev. Steven Traynham, a member of the Communications Operational Team, also was involved.

Bruce extended special thanks to Douglas Ward of the North Carolina Annual Conference, who provided much advice over the past several months. North Carolina implemented a similar system years ago, and Bruce and her team were able to lean on him for advice and guidance.

Bruce said she is happy to be involved and pleased that the Communications Department and Team have been able to play a role in getting uniformity in emails.

“This will make it easier to keep up with clergy throughout their lifetime of service to the Kentucky Conference,” she said.