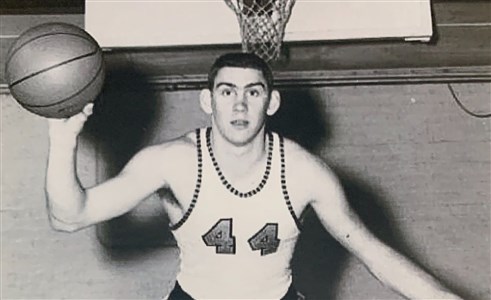 Harry Todd has lived a full and interesting life – basketball star in high school and college, lengthy Army career, tourism director in Trigg-Christian counties, and in recent years as a lay supply pulpit speaker in the Hopkinsville-Cadiz area of the Kentucky Annual Conference.

Along the way he’s picked up some high honors for his basketball prowess – most recently on Oct. 29, 2022, when he was part of the 31st class inducted into the Western Kentucky University Athletic Hall of Fame.

Todd, who turned 84 on Nov. 9, played at WKU from 1960-62, helping to lead the Hilltoppers to three Ohio Valley Conference championships and two berths in the NCAA Tournament. His 924 career rebounds still ranks eighth among WKU players.

It was the latest milestone for Todd, who spent nearly 30 years in the Army after college, retiring in 1991. His last station was at Fort Campbell, Kentucky, as garrison command sergeant major. 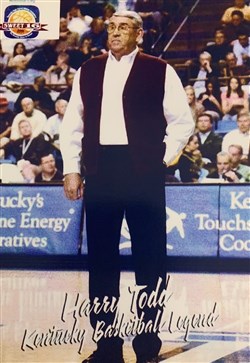 “I’m a happy guy. Life has been extremely good to me,” Todd said recently by phone, reflecting on his recent honor by WKU, which was held on the floor of E.A. Diddle Arena with about 500 people present. He and the other four inductees also were recognized at that weekend’s homecoming football game against North Texas.

Todd was the team captain in 1962 and an All-OVC first-team selection at two different positions, forward in 1961 and center in 1962. He led the team in rebounding all three seasons and is one of just six Hilltoppers to average a double-double (10 or more points and rebounds in a game) in three or more seasons.

During his time in the military, he served in a number of foreign countries, including Vietnam. Besides English, he speaks German, Italian, and Vietnamese.

He also had the privilege of meeting twice with George H.W. Bush, once on Air Force Two when Bush was vice president (they talked basketball, among other things), and later briefly when Bush was president – a meeting that included then-Vice President Dick Cheney. (Bush introduced the two and mentioned to Cheney that Todd had been Mr. Basketball in Kentucky.)

After retiring from the Army, Todd served seven years in the 1990s as the Cadiz-Trigg County tourism director.

His start in ministry came late in life. A college friend happened to be treasurer at Bethel UMC and invited Todd to Christmas dinner. At the time, Todd belonged to the Church of Christ denomination but became United Methodist, eventually teaching a Sunday School class at Cadiz UMC.

Rev. Dr. Jay Smith – who was then superintendent of the old Madisonville District and is now superintendent of the Owensboro District – asked him if he would become a lay speaker. He graduated on Aug. 8, 2010, and the following Sunday, he was the speaker at the Hopkins County cluster that included eight or nine pastors, plus the DS.
“When I got through, I was booked for the next two months,” Todd said.

In the next two years, he spoke at 82 churches large and small, and he said he has never turned down a church that asked him to speak. He went to licensing school but at 73 was too old to become a licensed United Methodist clergy member. But he was granted sacrament privileges.

“He was so motivated and enthusiastic, so committed and disciplined, always wanting to learn, grow and become better,” Smith said in an email. “My hunch is those are the traits one has to have in order to have a Hall of Fame basketball career at WKU or anywhere else.”

Smith recalled that Todd was disappointed that he was too old to become a licensed local pastor but asked to take the Course of Study classes anyway. “He was so eager to learn and wanted to take those classes so he could be the best leader in the church where he would serve.”

One of Todd’s recent supervisors is now-retired Pennyrile District Superintendent Scott Stith. Stith is an old Marine, so the two veteran military men hit it off, Todd said. In 2020, Stith assigned him to Herndon UMC, a church with nine mostly older members in a rural area about 10 miles southwest of Hopkinsville. The church paid a modest salary, but Todd said he wasn’t in it for the money.

Coincidentally, Todd briefly played basketball in high school with John Smith – Jay Smith’s father – in the early ‘50s. John Smith, who recently celebrated his 89th birthday, was a senior center for Irvington when Todd was a seventh grader. Todd traveled with the varsity team and also got some playing time, scoring 278 points that season. 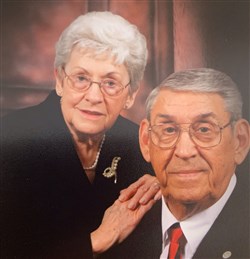 Todd, who stands 6-foot-8, said he weighs 6 pounds less now than he did as a high school sophomore. He has had some joint-replacement issues in recent years but feels good and healthy overall.

Besides his pastoral duties, he has served on the Pennyrile District Board of Trustees for seven years. He and his wife, Retha, live in Cadiz and have been married for 53 years – he recalled that they married on June 22, 1969, and he shipped out to Vietnam on July 4.

Todd doesn’t seem to have plans to slow down anytime soon.

Jay Smith said, “The fancy theological way of describing Harry is that he is a ‘sanctifying grace-believing United Methodist’ – always more to learn, always more ways to grow.”