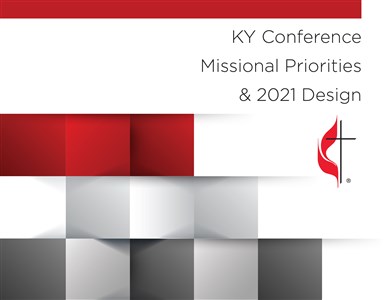 The Kentucky Annual Conference is launching an ambitious project to assess all its teams and affiliates to make sure they align in the most effective way to help the Conference meet its goal of developing leaders to make passionate spiritual disciples.

The project, which likely will take two years, is the result of a series of meetings conducted by the Conference’s Missional Priorities Team, which was formed late in 2019 and has produced a detailed report that will serve as the launching pad for the assessment.

“We do a lot of amazing things, but increasingly we are learning that we can’t do everything,” Bishop Leonard Fairley, who commissioned the Missional Priorities Team, said in a Zoom interview, explaining the importance of the team’s work and the upcoming assessment. He said it has become even more important during the COVID-19 pandemic and a time of increasingly scarce financial resources.

About three dozen people have been invited to a Zoom meeting Monday, Feb. 22, to learn more about becoming what has tentatively been labeled “missional priority managers.” Those who decide to participate will assist teams, committees and affiliates in discerning where they align in the Conference’s goal of discovering, developing and sending passionate spiritual disciples into the world.

The process will begin in earnest later this year, although some beta testing will take place before Annual Conference meets June 7-9. Rev. William Moore will oversee the project in his role as the Conference’s Director of Connectional Ministries. He and his team are planning to present a comprehensive report during the “worshipful work” portion of Annual Conference in June.

“Ultimately, the world needs us to make disciples who can help with healing during this time of divisions both in the church and in our nation and world,” Moore said in an interview. “There’s a million times a day where that could happen in a million different ways.”

As of 2020, the Conference had 66 teams/committees and 35 affiliates. Moore said that initially, the Missional Priorities team of about two dozen people had intended to assess them, but according to the report, “we quickly came to the realization that there is not enough available information and consistent characteristics to evaluate” them. So the team tried with a smaller sample of 25 team but again came up empty.

“I think initially a lot of folks thought we could sit around the table and figure out the top three to five priorities. We were unable to do that. I think that was a surprise for everyone,” Moore said.

So they tried another tack, as the report details: “When the attempts at building from existing ministries outward did not bring out the priorities for us, we stepped back and began building a framework that would support and encourage our design criteria of healthy teams to any and all teams within it. This is a framework of how the Conference in its ideal state could be most able to support and resource the local churches. We are calling this construct the ‘Pathway.’”

“Everything that we looked at pointed back to the evaluative system and we realized we didn’t have an effective process,” said Craig Robertson of Spiritual Leadership Inc. Robertson, who serves as coach of the Bishop’s Operational Team in his SLI coaching role, is also coaching the Missional Priorities Team.

Even getting to that point proved a bit of a challenge. Robertson said that when the pandemic hit and things abruptly shut down, it temporarily interrupted the team’s work, because for a time, given the financial uncertainty, it was not totally clear how the Conference would fare. But by late spring, as the financial picture brightened, the team was back in full swing – now meeting on Zoom rather than in person.

The priority managers – a tentative title that might be renamed, Moore said – will be tasked with working with committees, teams and affiliates. (Moore said teams and committees are similar in that they work directly with the Conference; the difference is teams have specific tasks and goals, while committees have areas of responsibility. Affiliates generally have their own boards and structures of accountability outside the Conference, such as the higher-education Wesley Foundations.)

All will have an opportunity at discernment, Moore said. Even teams the Conference is required to have, such as the Board of Ministry, will be included. The plan is to determine where they all fit in with the goal of creating Passionate Spiritual Leaders – defined by the Conference as “disciples who are skilled in the art of mobilizing others to labor in the work of making Passionate Spiritual Disciples of Jesus Christ.”

Robertson and Moore will oversee the training for the priority managers, after at least 7-10 agree to participate following the Feb. 22 meeting. Robertson said people invited to become managers – a volunteer post; they will not receive any compensation – were selected based on several crucial factors, such as emotional intelligence. They will come from both the clergy and laity ranks.

The goal was to find people temperamentally suited to working with a variety of teams and affiliates, some of which might be hesitant or unsure about the process and might have a strained relationship – rather than a strong relationship – with the Conference.

Robertson said the time involved in assessing each ministry will vary greatly, depending on their context. Some teams with minimal activity might only require one meeting with a priority manager, while some could take weeks and numerous meetings. The idea is to take the appropriate amount of time for each team, committee and affiliate, however that turns out, he said.

“It’s not a good idea to have the water flowing while you’re still building pipes,” he said.

Franklin, pastor of Radcliff UMC, comes at the project from the perspective of a local church pastor. He said that once affiliates and teams are properly aligned, pastors and their lay leaders will reap the benefits of increased accountability and resources.

For example, he said, Charge Conference appoints people to serve in various roles, often with little or no training in best practices. More effective alignment would allow training opportunities, probably through their home district, he said. Another example that has surfaced after the racial unrest of the past year is training in effective race relations, he added.

That type of consistent messaging across the Conference has not always been a priority: “That’s going to be hard,” Franklin acknowledged. “That’s a culture change across our state.”

Moore and others said the vision of developing passionate spiritual leaders has been part of the Conference’s defining vision for at least a decade. Prioritizing the ministries during a time of dwindling financial resources was overdue.

Moore said the Conference had two options: continue to make incremental changes, something “we’re not very good at,” or undertake a “concentrated season where we focus” on discernment.

Robertson said many teams have been urgently seeking this type of discernment, including CFA, the Council on Finance and Administration, which determines how Conference finances are allocated.

Pam Moran – who served on CFA from 2012-2020, the last four years as its chair – said members have always strived to place Conference resources where they could do the most good.

Moran, who also served on the Missional Priorities Team, sees the possibilities for CFA members to be able to do their work better thanks to this undertaking.  “That’s what they have asked for, and I think this is going to help them do that.”

Fairley likes to use a football analogy. The coach might have 10 plays that a team practices, the Bishop said, but only two plays are likely to score the touchdown. It’s up to the coach to determine which two are the touchdown plays, he said.

Fairley said he attended a few of the Missional Priorities Team meetings, but he made it clear that this is not his project – “bishops come and go” – it’s the Conference’s job to determine how everything aligns.

“I’m excited about it,” Fairley said. “I hope the rest of the Annual Conference will see it that way as well.”

Early spring: Those who decide to serve as managers receive training, to be led by Robertson.

March-May: Managers conduct beta testing of a handful of teams and report the results to Moore, who will include them as part of his report to the Annual Conference.

June 6-8: Annual Conference, where Moore presents the result of the beta testing as part of a wider discussion about the Missional Priorities work.

Mid-June: Assessment of teams, committees and affiliates begins in earnest, with a goal of having the vast majority categorized within the next two years.