The past year ... one pastor's point of view 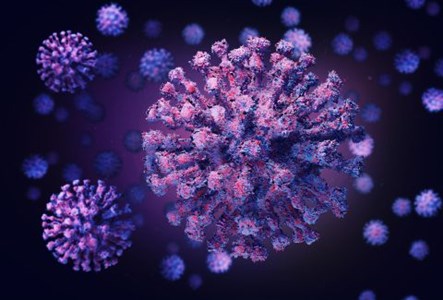 The following was written by Rev. Willard Knipp of Pikeville First UMC and posted on his Facebook page to mark the one-year anniversary of COVID-19. Reprinted here with his permission, with minor editing. Rev. Knipp has also served churches in Shelbyville, Henderson and Lexington, among other cities in Kentucky.

March 11 ... one year ago today. The sports fan in me was stoked. The Girls' Sweet 16 was underway at Rupp Arena. My dear friend, Chris Gaither, had his Collins team going back the following week to the Boys’ Sweet 16, where they would be serious contenders for a state title. The SEC Tournament was gearing up in Nashville. The NCAA the following week. March Madness was in full bloom.

Yes, COVID-19 was creeping closer to our doorstep here in Eastern Kentucky, but I was trying to strike the right note of being concerned without being reactionary.

Then, on the morning of March 11, our governor asked houses of worship to suspend in-person worship. My initial response was to say, "Hey, if we can play basketball in public arenas that seat thousands of people, we can certainly gather for church!" My intention was to treat it as a snowy morning: "If you are at risk or have safety concerns, stay home; otherwise, be safe and we'll see you at church."

But, within 24 hours, all the tournaments were canceled. Less than 48 hours later, a group of our medical professionals advised me to suspend in-person worship. Chad Thacker (a Pikeville physician) gave me a wise word: "Could you get away with meeting in-person this Sunday? Probably. But what happens if you are wrong?" It would be about two weeks later that the first Pike County resident would die from COVID-19.

In the year that has passed, we have worshipped together online only, broadcast prerecorded segments edited together to produce an entire worship service, returned to in-person worship, suspended in-person worship on two different occasions, held two worship services each Sunday to spread out attendance, gone back to one service and are now back to two. I have taught Bible studies exclusively online, and a hybrid of in-person and online.

I won't lie, it's been tough. We have had a wonderful re-entry team to advise us, worked with civic leaders, medical professionals and church leaders to guide us, but it has still taken its toll. I can safely say I have a new empathy for any football coach who has to make a decision about what to do on fourth and goal from the 1-yard line and leave it at that.

Then, last September, I was diagnosed with COVID. I was blessed to have only a mild case, and since then I have donated plasma to help others. But I watched as people I knew died from this disease.

But now, things are starting to change. This week I received my first vaccination. We won't be able to go "back to normal"; that ship has sailed, but we are moving toward a new normal. We are at about 50% of our pre-COVID worship attendance here at PUMC, but I wonder if everyone will come back at some point.

I guess I feel the same way. I've learned a lot, but I have no desire to repeat this class.

Yes, the world is different than it was a year ago … but God is still on the throne. The Church has been challenged, stretched and pulled upon, but – by the grace of God – we're still here and we are still proclaiming Jesus as the hope of the world.

Just one pastor's point of view.